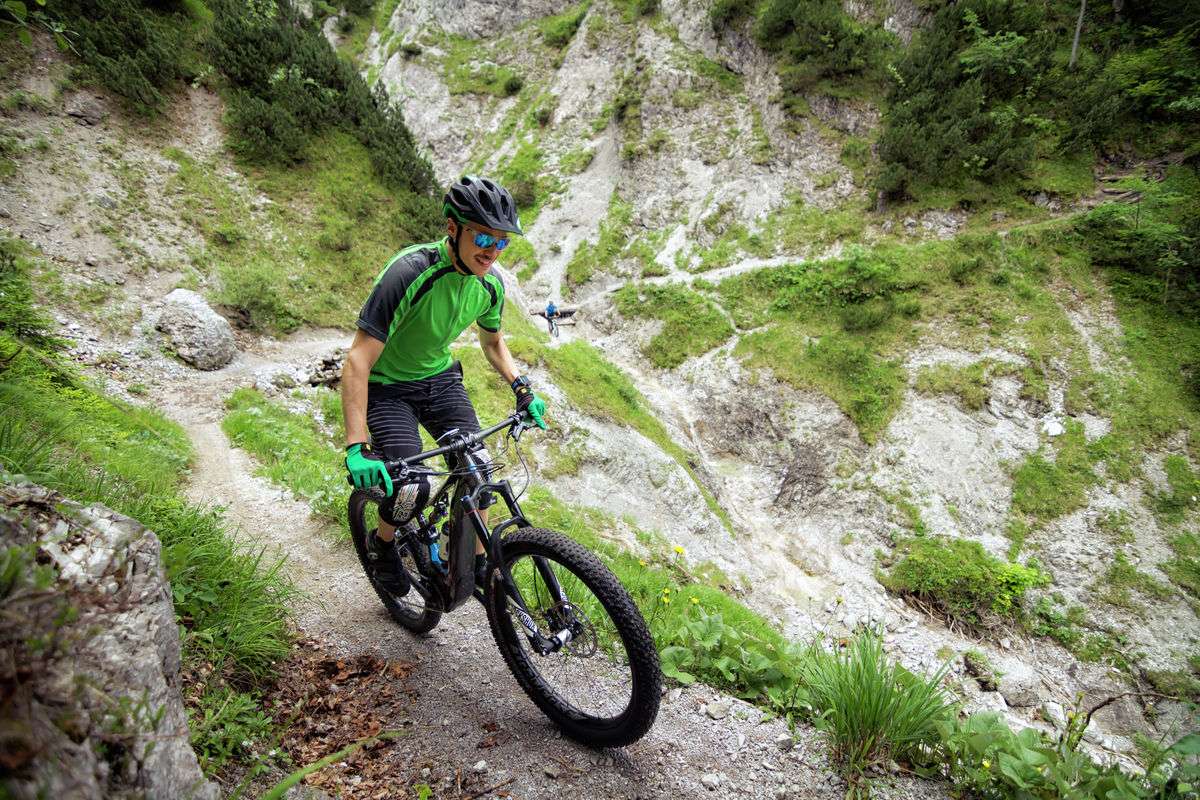 Where e-bikes (pedelecs) in EU countries are considered as regular bicycles – laid down in EU legislation – the situation in Norway is slightly different. The Norwegian Environmental Agency currently regards the use of pedelecs (e.g.  e-mountain bikes) on natural and purpose built trails as illegal since they’re classified as motorized vehicles.Electric bikes are becoming more popular in Norway and sales of bicycles with an auxiliary engine have increased in recent years. In backcountry (uncultivated) areas, the use of electric bikes is basically prohibited, because its definition as “motor traffic” given in motor traffic law and forest law.However, the Norwegian Conservation Agency (Miljødirektoratet) stated that a total ban probably wouldn’t be necessary as there are areas that can handle e-bike traffic. They also recognized that e-bikes could have a positive health effect by inspiring more people to leave their cars at home.New rules? Miljødirektoratet recently presented two suggestions for the e-bike (pedelec) amendment. 1. E-bikes (pedelecs) are allowed on roads and purpose built trails (trails that were improved to handle a larger amount of trail users) in the uncultivated nature (backcountry). Local authorities will have the option to restrict access to certain areas2. E-bikes (pedelecs) are allowed on roads and all trails (both natural and purpose built) in  the uncultivated nature. Local authorities will still have the option to restrict access to certain areas.  The Norwegian Conservation Agency stated that they don’t know how quickly the e-bike market will develop, whether the range of e-bikes will increase and/or prices will drop, making them more affordable. Nevertheless, they fear increased uphill speed will lead to more conflicts with other user groups or affect security. Increased trail wear and wildlife disturbance are other concerns indicated by Miljødirektoratet.Possible impacts of e-bikes or e-mountain bikes on nature, other recreational users or trail wear definitely shouldn’t be neglected, but at this moment, there’s simply a lack of research and reliable data. Communication about the proper use of e-bikes seems essential as well as more, large-scale research in different areas and under different conditions.  Interest groups and citizens can submit their comments on the proposed amendment until the 4th of March Additional resouceshttp://www.miljodirektoratet.no/no/Horinger/Regelverk/Foreslar-endringer-i-regelverket-for-motorferdsel-i-utmark-201511684/http://www.terrengsykkel.no/Telex/Synsing-erfaring-og-fakta-om-elsykkel-i-utmarkhttps://www.imba.com/news/eMTB-early-study-resultshttps://www.imba.com/sites/default/files/eMTB%20Etiquette.pdf