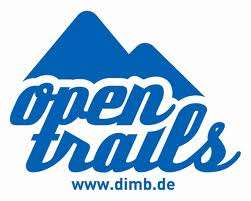 In 2012 DIMB launched a campaigning site on Facebook focussed on lobbying a modern and liberal right of way in the state of Hesse. After only 12 months of campaigning the state parliament of Hesse passed on 27 June 2013 a revolutionary law granting an unrestricted statewide access for cyclists and mountainbikers to all ways and trails in nature and forest. In addition almost 30 institutions, organizations, associations and NGOs from all areas of society concluded on 10 July 2013 an Agreement “Forest and Sports” to establish an ongoing round table promoting non-discriminatory co-existence and thoughtfulness on all ways and trails. Now, DIMB has renamed its campaigning site on Facebook which has alread more than 8,300 fans and a weekly range of of up to 150,000 readers to “Open Trails” to extend its political campaign to all German states and to intensify its lobbying for a modern and liberal right of way.