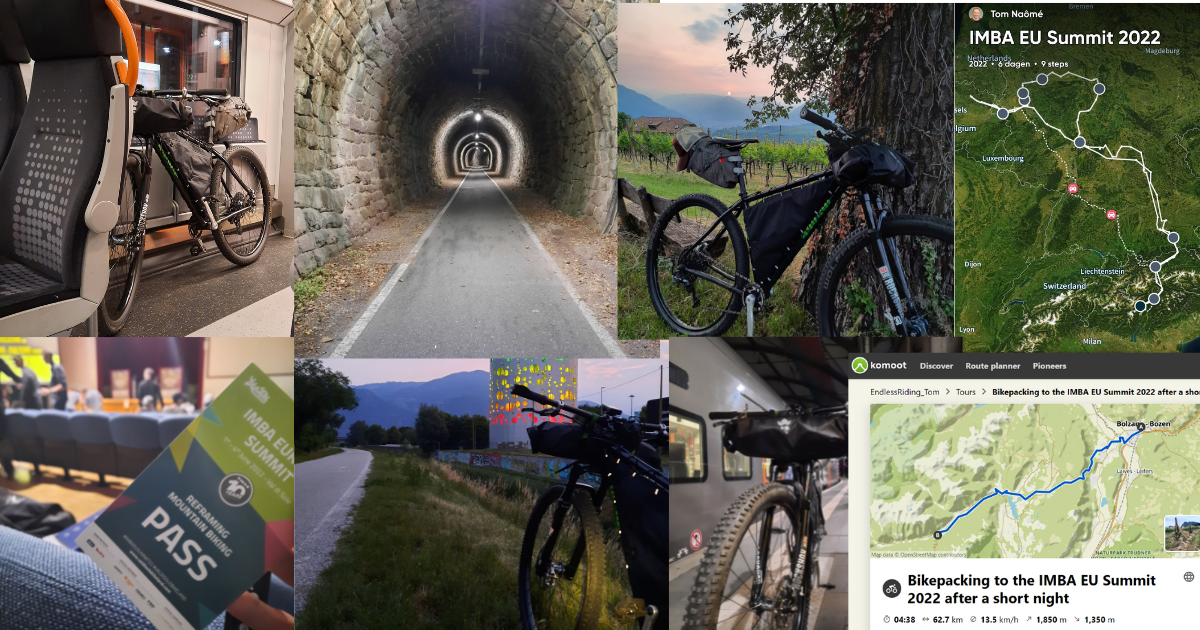 How can I reduce my impact, and travel more sustainably?? This is a question we as an organisation have been asking ourselves. It seems the latter part of 2021 and throughout 2022, it has been business as usual, with most of the world trying to catch up on the in-life meetings. It’s been fantastic to finally meet once again in person, but a consequence to these real-life meetings is the sustainability issue around jetting all over Europe (even the world!).

When organising our annual Summit with the event team from Val di Sole, the topic of sustainability, and addressing the broader issues around hosting such an event came up. Initially when accepting Val di Sole as the winning bidder for the Summit, to be honest, we hadn’t even considered sustainability. In the early planning of the event, it became apparent that getting to Val di Sole wouldn’t be so easy. Yes, if you took a plane and then hired a car, logistically speaking, this was the quickest and most efficient means of traveling. For those traveling from the UK, more southern and northern countries, this was the easiest option.

A commitment we made as an organisation, stated in our strategy, is to “Sensitize Mountain bikers to environmental concerns & sustainable riding behaviour”. Embodied within this statement, is the broader sustainability issues surrounding outdoor sports. Travel alone equates for 1/5 of all CO2 emissions globally, and when planning events in the future, we need to reconsider how accessible destinations are in terms of public transportation. That’s why this year we challenged all attendees to travel to the Summit in the most sustainable means possible. Attendees were encouraged to track their journey through Komoot or Polarsteps and tag us on social media along the way. To track the CO2 footprint, attendees were asked to fill in an excel spreadsheet to calculate their overall carbon footprint when traveling. 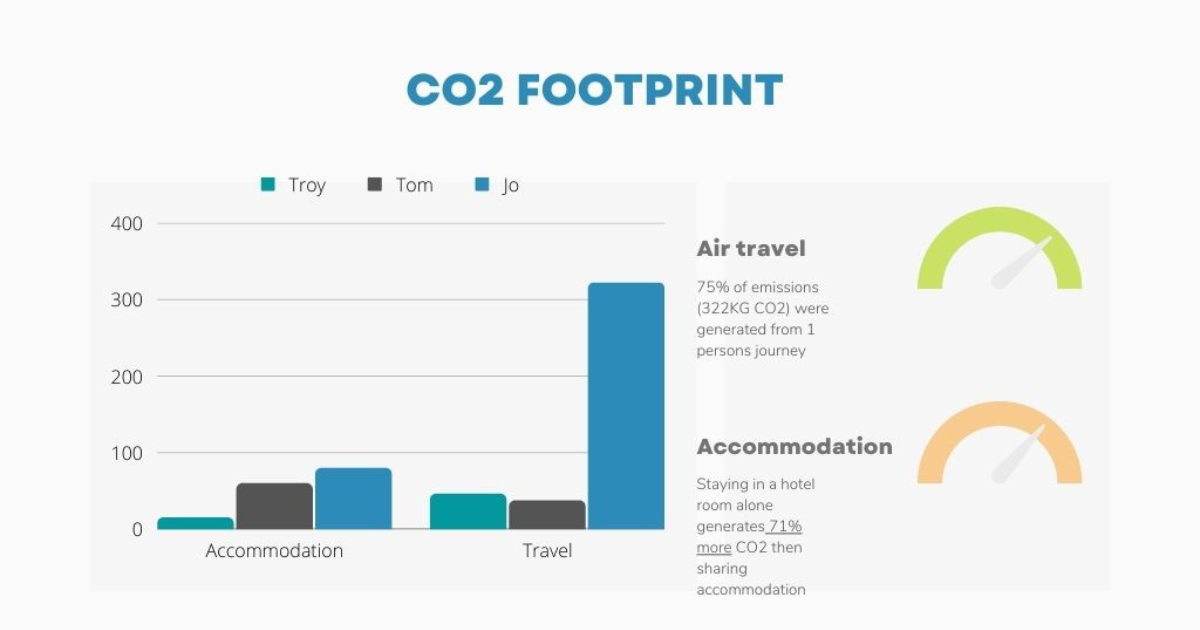 The results from the spreadsheet were surprising in some ways. Ones carbon footprint is almost the same if they chose to take the train or catch a ride with friends in a car. Of course, this is very subjective, and depends very much so on what type of car and how many people are passengers. Another interesting finding was the BIG difference in the amount of generated CO2 between shared accommodation (air bnb) and staying in a hotel room!

Jo- Traveled from Bristol, UK by car, plane and train

Troy- Travelled with friends from the Netherlands by car

The winner of the competition – the Most sustainable traveller to the Summit– was Tom Naome from Sports Vlaanderen, Belgium. Before Tom knew of this friendly competition between attendees, he had originally had the idea in his head to travel to the summit in a more sustainable way. When we shared this idea with our friends at Patagaonia, they thought it was a brilliant way to highlight that there is always a better way to do things, and that as mountain bikers we need to be more environmentally conscious of our actions on and off the trails. Tom will be receiving an awesome pack of gear from Patagonia who sponsored this award!

Let’s start off with how you travelled to the Summit. Was it by bike, car, train? Where did you leave from, how did you get there?

I already had the idea to go as sustainable as possible to the summit before the initiative of IMBA EU. So already did some preparation and planning. The travel was car-train-bike. I drove up to Aachen on Tuesday evening. I only had to change s twice but due to some wrong information in the European Trail app, I got off at the wrong station. From then on, I was hard to get back on an international train connect where there was still room to take my bike on it. I Arrived in Bolzano 12 hours later. What most have been 12.30 became 22.30 in Bolzano. I had a short overnighter there, before I left around 4:30 in the morning for my bike ride. I arrived at the summit around 11.00.

How much gear did you need to take with you?

Everything I needed for 4 days was in the 3 bike packing bags including an extra pair of shoes. To have enough water I had a Camelback Chase vest on my back. I have tried to pack as minimally as possible. And miraculously I had everything with me. Coincidentally, I had just bought several Patagonia garments that I could use for multiple occasions.

In terms of planning, how much more planning was involved compared to organising a flight (for example)?

The planning took some extra time if you know where to look on the internet. Booking a flight is a lot easier.

Did the trip to Folgarida work out more expensive/ less expensive/ or the same as taking the plane, car, train option most people took?

It was less expensive than taking the plane of car for the distance I had to travel. You will probably book a plane ticket that is cheaper. But the price for that will not cover the cost and impact. It should not be that a train ride is more expensive than a flight

What would be your tips and tricks for other people considering traveling with a lower carbon footprint?

Double check your connections with the mobile app of the country you’re traveling through and have enough time between transfers.

What were the biggest challenges you faced traveling in the way you did?

To find a train where I could take my bike with me. On an international connection some trains have room for not more the 8 bikes. And it is also hard to make a reservation for it online. You must do it for Germany in a travel centre of a station.

How do you think we (the mountain bike community) can do better when planning MTB holidays to destinations like Val di Sole?

More bike friendly transport and easy connection to the destinations.

In terms of CO2 (kg) produced during your travels, how do you think you stacked up against say someone traveling in a car?

The CO2 consumption will be lower than with the car. I think the difference is not that big because of the long distance I have travelled by train.

A big thank you to Patagonia for sponsoring this great initiative. We hope that Tom’s story will inspire more mountain bikers to think outside the box, and consider their actions not only on the bike, but off the bike!